Group Captain Kelvin Truss joined the Royal Air Force (RAF) in 1982.  During his career he amassed over 4000 flying hours as a pilot and instructor on Jet Provosts, Hawks and Tornado F3s. Kelvin held staff appointments in the UK Directorate of Flight Safety as a Squadron Leader and in the Air Resources and Plans Directorate of the UK Ministry of Defence, initially as a Wing Commander and subsequently as a Group Captain.  He left the RAF in 2008 and emigrated to Canada where he joined the Royal Canadian Air Force. There he worked in Air Strategic Plans before being appointed Director of Air Readiness and Plans in 2013. In 2014 he took command of the Canadian Forces Aerospace Warfare Centre, a position he held until his retirement from the RCAF in 2017. In summer 2017 Kelvin returned to the UK with his family and where he accepted a position in the RAF Full Time Reserve. He is now commandant of the RAF’s Tedder Academy, responsible for through career leadership training and education for all ranks of the RAF.

Kelvin is a graduate of Canadian Forces Command and Staff School and he has MAs in Leadership and War Studies. He is married to Lou and they have three children; Ben, Harry and Georgia. 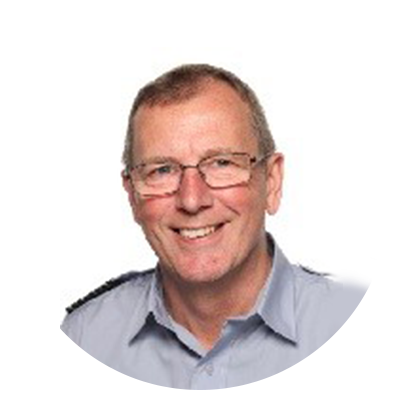