The Centre for Organisational Resilience, through interdisciplinary research and evidence-informed practice, addresses the following four key drivers of economic prosperity:

The Centre was established as part of Lincoln International Business School, University of Lincoln.

The ten global challenges* identified through research conducted at the University of Lincoln and by its global academic partners, are having an increasing impact on all organisations worldwide. Together with the specific UK challenges, these have by necessity brought the resilience of employers and employees under even greater scrutiny.

The creation of the Centre for Organisational Resilience rests in the context of both these global challenges and pressing national considerations such as:

The scale of the challenge and therefore the potential benefit of the Centre is significant. According to the “Thriving at Work” report (2018):

There are triple benefits arising from the improved resilience and productivity of the country’s workforce. As well as the financial benefits to the government and employers, the preventive outcomes will result in improved health and social outcomes for England too as well as greater commercial and social innovation that will positively impact on the country’s competitiveness, resilience and sustainability as a G7 nation.

Whilst apolitical in principle, the Centre recognises the importance of engaging with Political Leadership so as to help determine policy and set National direction through the LEPs and the country’s industrial strategy. It establishes ongoing links with relevant All Party Parliamentary Groups, Ministers, Members of Parliament and Members of the House of Lords as well as the Local Government Association.

The Centre undertakes the following activities to achieve its aims:
Leadership

Dean leads the development of the Centre and partnership building around its vision and aims. Dean continues to play a role in the NHS as Chair of Nottinghamshire Healthcare NHS Foundation Trust, a Member of the NHS Providers Board and a Member of both the East Midlands Leadership Academy and Talent Boards. Dean is also on the Board of the Greater Lincolnshire Local Enterprise Partnership Board, and a Non-Executive Director of the Parliamentary and Health Service Ombudsman and holds two appointments with private sector health organisations as well as acts as an advisor to several other private sector organisations. 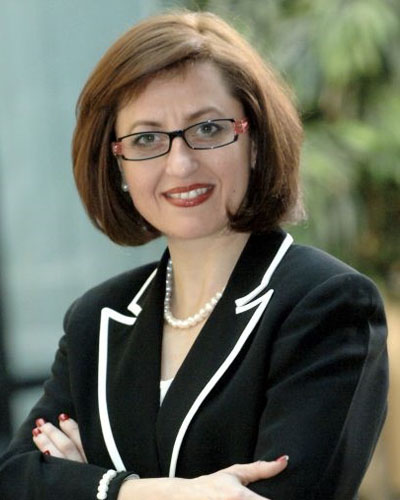 Elena is internationally known for her research expertise in the areas of Organisational Learning, Strategic Renewal and Knowledge Management with a focus on the Leadership implications. Elena’s work is published widely and has earned her many research grands, awards and accolades recognising the impact of the ideas developed in advancing innovative learning modes that enhance the impact of management practice. She has been elected and served in multiple leadership roles in the top international professional bodies in the management field and is frequently invited to deliver keynote speeches in international conferences, and deliver workshops that inspire and promote action choices that serve the common good. She is a certified coach from the International Coaching Federation (and practises as an axiologist – enabling ‘true-self’ breakthroughs). She is currently an honorary Visiting Professor at Lincoln International Business School, contributing to the development of the Centre for Organisational Resilience.