Alexandria – a historic Egyptian city founded by Alexander the Great and once considered the jewel of the Mediterranean – has for the past half century been facing ongoing decay.

A struggle between its symbolic Euro-Mediterranean heritage and distinctive spirit of place and conflicting economic and political agendas has resulted in the crumbling of its inspiring architecture as well as its vibrant culture.

Recently however, a leading international architect has been dedicating her work to revitalising and regenerating the city she once called home.

Starting with Fouad Street - the most potent symbol of Alexandria’s grand history, with its elegant villas and antique shops – at the heart of the city’s historic district, Dr Amira Elnokaly’s work aims to sympathetically repurpose the ancient Egyptian buildings for modern business use.

Dr Elnokaly, an Associate Professor in Sustainable Architecture at the University of Lincoln, has been working with Sigma Properties in Egypt for almost ten years in a bid to restore some of Alexandria’s most impressive buildings, reinvigorate its culture, and create dynamic new business models to ensure the city thrives into the future.

Today, some of the oldest and most impressive buildings in Alexandria, although listed, have fallen into disrepair or worse, or have even been demolished to make way for modern hotels. Our work aims to inject a sense of life back into this important area of Egyptian culture, ensuring these old buildings are reused sympathetically, but in a way that’s relevant to today’s community and encourage public engagement.

Many of the original retail spaces located in Alexandria’s historic district struggled to attract enough business and subsequently closed down, while residential units were abandoned or rented at very low prices, making it very difficult for owners to maintain their buildings and their impressive heritage facades, with very little or no support from appropriate authorities. These factors caused a serious decline in real estate value in Alexandria’s city centre, rendering investment in the area unfeasible.

To combat this decline, Dr Elnokaly began working with Sigma Properties to develop feasible business models for repurposed spaces within the historic buildings. These businesses attract a younger population by offering quality services that are carefully integrated into historic spaces, such as Fouad Street’s impressive Opera Hall, to maintain their architectural value and artefact, while introducing a dynamic new concept within them.

As part of this bid to save Alexandria’s culture, Sigma Properties now owns around half of the historic buildings in the Fouad Street area of the city. While many of the properties remain vacant until suitable business plans are developed, together with Dr Elnokaly they run workshops for architecture students and members of the public to highlight their own important work and encourage others to consider the significance and potential of historic buildings. 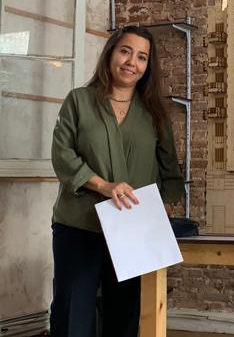