Leading the Fight Against Diabetes

Scientists at the University of Lincoln are spearheading a number of major research projects studying the causes, development and complications of diabetes, and examining potential treatments for the condition, which currently affects more than four million people in the UK.

The Diabetes Research Group at Lincoln, part of the University’s Lincoln Institute for Health, includes specialists at the cutting-edge of their field. In 2016, Dr Michael Christie led a team which solved a decades-old medical mystery by finally identifying a previously unknown molecule which is attacked by the immune system in people with Type 1 diabetes. This ground-breaking research could now lead to better identification of individuals at risk of Type 1 diabetes and inform the development of new therapies to prevent the disease developing.

Dr Christie’s work was funded by Diabetes UK – the leading UK charity that cares for, connects with and campaigns on behalf of all people affected by diabetes. Diabetes UK has also awarded a major research grant to Professor Paul Squires and Dr Claire Hills to fund a new study at Lincoln focused on preventing glucose-induced damage to kidney function in people with diabetes. Professor Squires and Dr Hills’ work has received additional funding from the European Foundation for the Study of Diabetes and DRWF, as they examine the role of the kidney in diabetes and diabetic nephropathy. Diabetic nephropathy represents the leading cause of End Stage Renal Disease and accounts for almost a quarter of people entering the kidney transplantation programme.

Find out more about diabetes research at the University of Lincoln

A scientist leading a study into the largest collection of DNA from pancreas transplant donors and recipients ever collated is another key member of the diabetes research team at the University of Lincoln. Dr Matthew Simmonds, a biomedical scientist specialising in diabetes and endocrine disorders, heads the world’s most extensive investigation into how genetics can affect the function of pancreas transplants in people with type 1 diabetes.

The team works closely with Dr Ffion Curtis from the Lincoln Institute for Health, whose previous work includes an innovative feasibility study exploring a diabetes self-management programme in a rural community, which was shortlisted for a national NHS award. Dr Curtis frequently hosts public diabetes information evenings and speaks on the topic of diabetes, physical activity and patient education.

The UK prevalence of diabetes is predicted to increase from 2.9 million sufferers currently, to 5 million in 2025. Kidney complications now account for 21% of deaths in patients with type 1 diabetes and 11% of deaths in those with type 2. Diabetic nephropathy - a debilitating and potentially life threatening complication of diabetes – is the leading cause of end-stage kidney disease, and to identify future treatment options in our fight against this condition, we need to understand the basic mechanisms that prevent kidney cells from functioning correctly. That is exactly what our new research will aim to do. 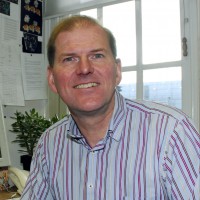 Professor Paul Squires is a leading Professor in Biomedical Science and specialises in the study of diabetes and endocrinology.