Home › About the University › Governance › Board of Governors

The Board of Governors plays a central role in the strategic development and overall performance of the University. It has ultimate responsibility for defining the institution’s mission, educational character, and future direction, and for overseeing progress against the University’s strategic plan.

The Board of Governors is established under legislation and the University’s Instrument and Articles of Government. As the governing body of the University, the Board is accountable for institutional activities, taking all final decisions on matters of fundamental concern within its remit. The primary responsibilities of the Board can be found here - Primary Responsibilities.

As Chief Executive of the University, the Vice Chancellor is a member of the Board of Governors and is responsible for the executive management of the institution and for advising the Board on its strategic direction. The other 15 members of the Board include individuals with backgrounds in business, the professions, commerce, education, and the public and voluntary sectors. They are appointed on the basis of their understanding of and commitment to the vision and values of the University, enthusiasm about its development, the quality of their contributions to institutional governance and the independent and constructive advice that they can offer.

Mark joined Siemens Energy Service SGT in Lincoln in 2020 and has experience in oil and gas, power generation, and the renewable sector. He started his career in Aberdeen as a Project Manager for Wood, before moving to Rolls-Royce Energy where he worked in the US then moving to Warwick, England where he joined Siemens.

He has a degree in Mechanical and Offshore engineering from Roberts Gordon University and a Master of Science in Project Management from University of Aberdeen. He is also a Fellow of the Institution of Engineering and Technology.

In his spare time Mark enjoys playing golf, reading, and spending time with his family and friends. 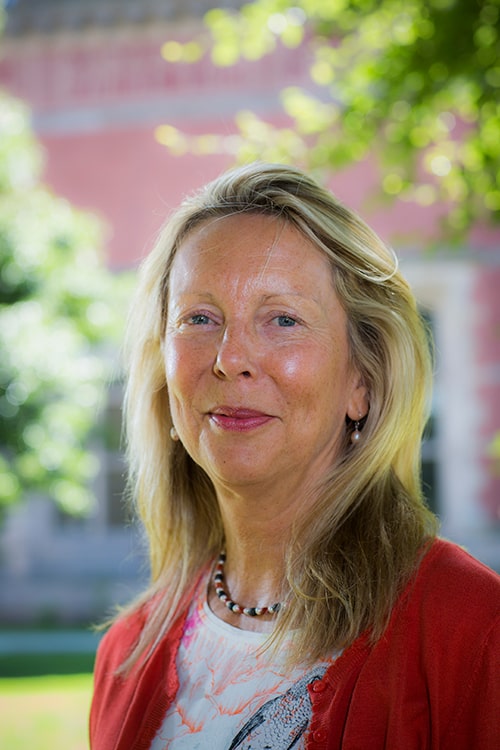 Currently he is Chairman of the Foundation for Liver Research and of the NZ-UK Link Foundation, and Chairman and President of the British University Vietnam; a member of the Boards of Taylor’s University, Kuala Lumpur and the University of the Seychelles.

Sir Graeme became a Governor of the University of Lincoln in September 2013.

Myrtle Dawes is a chemical engineer and business leader who has been in the energy sector for over 25 years.  She has worked extensively in the Oil and Gas Sector covering engineering, process safety, capital projects, and operations.  Myrtle was appointed as an Independent Member of the University’s Board of Governors in August 2018. She brings an external perspective to the Board with the aim of cross-pollinating ideas from other sectors.

Myrtle is a recipient of many industry awards/nominations from the Institute of Chemical Engineers, Oil and Gas Authority and the BBB Awards for her work in collaboration, innovation, and infrastructure.  She has also featured in various publications such as the Evening Standard promoting STEM careers for young girls and women.  She is featured in the 100 Women to Watch Supplement of the Female FTSE Board Report.

She has served previously as Board Member for the Institute of Chemical Engineers and is currently also serving on the Advisory Board for the Association for Black and Minority Ethnic Engineers.

Neil Gray is a Chartered Accountant with over 25 years’ experience at partner level in national and regional firms of Chartered Accountants, and is currently Corporate Finance partner in Streets, Chartered Accountants based in Lincoln. He also holds the ICAEW Corporate Finance qualification. He specialises in Advisory and Corporate Finance services to owner managed and private equity backed businesses, advising clients in all aspects of merger, disposal and acquisition activities, profit improvement and succession planning to help clients in achieving their personal and business objectives. He has previously been Chairman of the East Midlands Urban Development Fund and holds a number of non-executive directorships including not for profit organisations.

Neil joined the Board of Governors on 1 August 2014. He is Chair of its Further Education Oversight Group; and Chair of the Audit Committee.

Prior to joining Salary Finance Neil spent 17 years at Capital One, one of the largest banks in the US, in a number of leadership roles. He led the Finance function for Capital One’s UK and Canadian businesses and was a Board Director of a number of Capital One’s UK companies. Previously he held a variety of financial and internal audit roles in the retail and FMCG sectors.

Neil is a qualified chartered management accountant and has an honours degree in Economics & Accounting from the University of Durham. He has lived in Lincoln since 1997.

Neil joined the Board of Governors on 1 August 2014, he is Chair of the Remuneration Committee and a member of the Audit Committee. 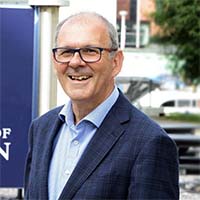 Professor Neal Juster is Vice Chancellor of the University of Lincoln, UK.

He is a graduate of the University of Leeds where he obtained a BSc in Mechanical Engineering and a PhD in Computer Aided Design.

Neal is a Fellow of the Institution of Mechanical Engineers (IMechE) and a member of the QAA Advisory Committee on Degree Awarding Powers.

He is a Director of UL Learning Resources Ltd, Riseholme Park Farms Ltd, ULEX and UoL Services Ltd. His is also Chair of the Members Committee for the University of Lincoln Academy Trust.

At Dundee, Jean developed a medical education PhD programme and introduced a Masters in Simulation-Based Education for Safe Clinical Practice as part of faculty development in 2014; and was awarded the prestigious Chancellor’s Award for Contribution to Teaching. She has over 100 peer reviewed publications and is on the national and international editorial boards for peer reviewed journals on simulation and medical education. Jean has been an invited speaker at over 35 national and international conferences.

Jean has had the opportunity to work in medical education and primary care development in many parts of the world, on behalf of the World Health Organisation, British Council and the University of Dundee.

She was appointed to the GMC Advisory Board for Assessment in 2015 and was the Dundee lead for the successful ScotGEM proposal for the first postgraduate medical degree in Scotland in 2016.

Jean Ker joined the Board as an Independent Member in October 2016; and has been appointed as a member of the Audit Committee. 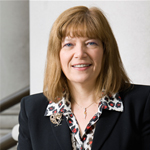 Diane Lees was appointed Chair of the University’s Board of Governors with effect from 1 August 2018, having been an Independent Member of the Board since August 2014.

Diane is the Director-General of Imperial War Museums, the cultural lead for the Centenary of the First World War. She is a Trustee of 14-18NOW, the Centenary’s Cultural Programme, and a Trustee of the IWM Development Trust, the Gerry Holdsworth Special Forces Trust, and the Army Museums Ogilby Trust. She serves as Vice President of the American Air Museum in Britain, is a member of the Women Leaders in Museums Network (WLMN), and sits on the Arts Council’s external advice panel. Diane also sits on the judging panels of the Museums + Heritage Awards, and the CMI Book of the Year. She is a member of the Holocaust Memorial Day Trust’s Experts’ Reference Group. In April 2013, Diane was appointed Chair of the National Museum Directors’ Council (NMDC) and continues to serve in this role. In January 2015 she was appointed to the University of Oxford Humanities External Advisory Board. In December 2014, Diane was awarded a CBE in the Queen’s New Year’s Honours list for services to museums, and in July 2015, was awarded an Honorary Doctor of Letters Degree by the University of Reading. Since May 2016, Diane has been chairing a review of the Higher Education Funding Council for England (HEFCE)’s Museums, Galleries and Collections Fund.

Diane also chairs the University’s Nominations Committee and Financial Sustainability Working Group; and is a member of its Remuneration Committee. 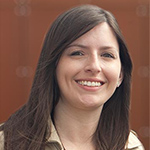 Zoe is a University of Lincoln alumna and a business owner in the city. Since 2010 Zoe has co-directed the multi award winning digital media agency Epix Media and in this time has passionately supported the business community by being involved in events and initiatives on both a local and national level, from running networking events to being integral in the development of a UK-wide youth engagement scheme for the Federation of Small Businesses.

As well as being a company director, Zoe is a skilled web programmer. Zoe was appointed as an Independent Member of the Board of Governors in August 2016. She brings local connections and technical expertise to the Board with the aim of drawing the business community and the University closer together.

Zoe is a member of the Audit Committee. 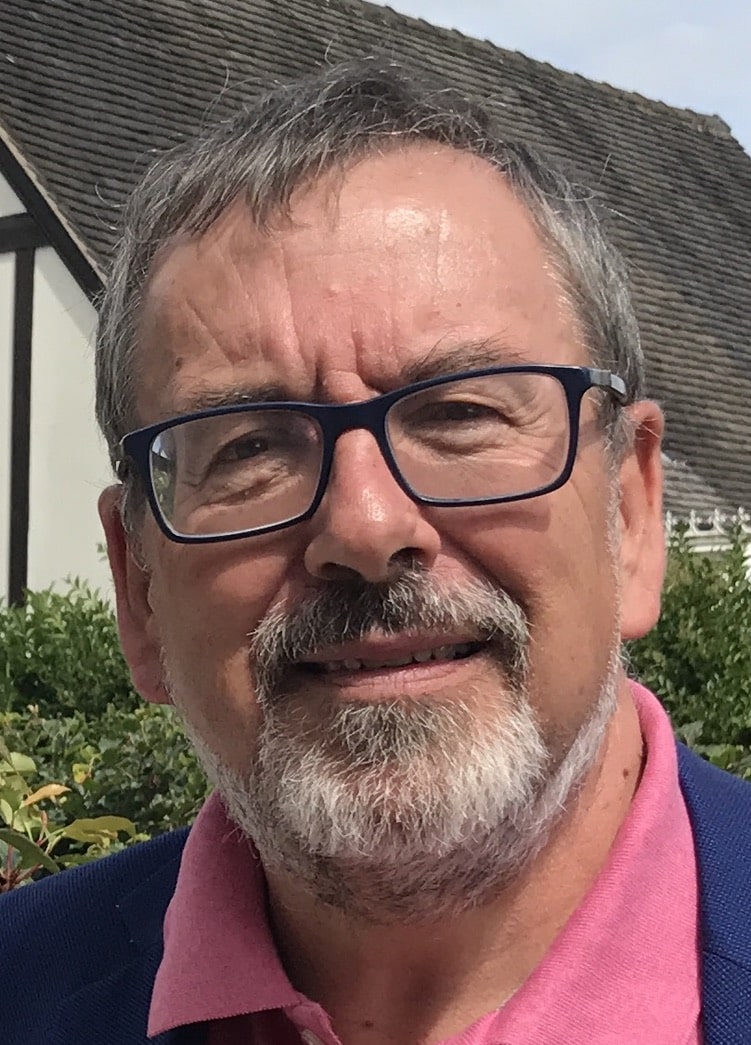 Simon was appointed as an Independent member of the Board of Governors on 1 January 2020. He spent 27 years in the Administrative Branch of the Royal Air Force before joining Keele University as Secretary and Registrar in 1997. During 14 years at Keele he was involved in the development of a new Medical School, a Science Park and a range of major estates projects including new build and renovation of Halls of Residence. Whilst at Keele he represented the University on a range of regeneration bodies in Staffordshire. He was appointed as a Deputy Lieutenant of Staffordshire in 2009.

On leaving Keele, he was appointed Deputy Chief Executive of Ombudsman Services Limited in January 2012. Ombudsman Services is a private sector, not-for-profit, company providing independent dispute resolution for the Energy and Communications sectors. In his role, Simon was heavily involved in business development, marketing and liaison with government on consumer affairs. He retired from the role in December 2017.

Simon has carried out a range of non-executive roles, which have included Chair of the Staffordshire Community Foundation and Commissioner and Chair of the Audit Committee for the Marshall Commission, a non-departmental public body of the Foreign Office which runs a scholarship scheme awarding Masters and PhD places in the UK for American students. He currently sits as a member on two audit committees and is the non-executive director of an Internal Audit Company that specialises in universities.

Jane Reeves is a Senior Counsel with the law firm Taylor Wessing. Previously, Ms Reeves was a Senior Vice President and Associate General Counsel within the Compliance and Government Affairs functions of Thomson Reuters. In her earlier career, Ms Reeves took on a number of legal roles within The Thomson Corporation and Primark Corp. and was a solicitor with the global law firm, Linklaters.

Ms Reeves is a trustee of the Legal Education Foundation and an independent member of the Finance Committee of the Royal Botanical Gardens, Kew.

John graduated from Cambridge University in 1984 and joined HM Diplomatic Service where he studied Arabic. During his 33-year career John served in Kuwait, Syria, Saudi Arabia, Baghdad, and Islamabad and served at home in senior administrative and and operational roles as Director and Director General.  He worked extensively with foreign governments and with members of the UK’s National Security Community including the Armed Forces in Iraq and Afghanistan. ‌

John retired from Government service in 2017. He is a Senior Adviser for Geopolitical Due Diligence at the International Institute of Strategic Studies (IISS) in London and an adviser to HSBC. He is a director of risk advisory service, Palmer and Paling Ltd. He is a also Trustee of the HALO Trust and the Gerry Holdsworth Trust and a member of the Lincoln and Lincolnshire Committee of the English Speaking Union (ESU). John is a member of the Remuneration Committee and the University Honours Committee.

For information concerning the Board of Governors please contact:

Minutes of Board of Governors meetings

The confirmed meeting dates for the Board of Governors are listed below. Minutes of the meetings are published following approval by the Board.